Vitiligo is a skin condition in which there is loss of pigment (color) from areas of skin, resulting in irregular white patches that feel like normal skin. 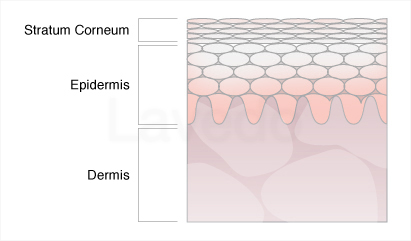 Vitiligo appears to be an acquired condition. It can occur at any age, skin color-type, and sex. According to clinical statistics, it occurs in 1-2% of people and affects both sexes and all races equally. Because of the skin color, it is more obvious in non-white races. Vitiligo is never present at birth. It crops up between the ages of 10 and 30 in about half of cases and before age 40 in 95% of cases. More than 30% of people with Vitiligo have a family history of the disorder, pointing to the presence of genetic factors capable of contributing to the condition.

The cause of vitiligo is unknown, but autoimmunity may be a factor. Vitiligo is associated with three systemic diseases:

There will be a sudden, or gradual appearance of small white patches (depigmentation) on the skin. These patches are more commonly found around the face, neck, arms and hands, feet and external genital organs. The affected areas may expand gradually, in some the hair also turns white in these position. The boundary of the patches are often darker. The majority of cases progress to an intermediate stage then stops, with only one or several areas present. Around 10-20% of cases will recover.

Vitiligo is difficult to treat. Treatment options include the following:

- Exposure to intense ultraviolet light, PUVA for those seeking to darken white skin patches, especially when the condition is extensive
- Medicines taken by mouth such as trimethylpsoralen (Trisoralen)

Medicines applied to the skin such as:

Skin may be grafted or removed from normal areas and placed into areas of pigmented loss, while medical grade camouflage makeup is exists for camouflage purposes. Ask our healthcare professionals for relevant products. It is important to remember that skin without pigment is extremely susceptible to the sun's damaging effects. Be sure to apply a high-SPF sunblock and use appropriate safeguards against sun exposure.

There is no evident and useful method for prevention at the moment. The courses of Vitiligo varies. Some areas may regain pigmentation (coloring), but other new areas may appear.

How to use Dermaflage Silicone Products

We have 42 guests and one member online